Last night my wife was sitting out behind our house and noticed an orange glow to the east. She went out to the front of the house and saw that there was a wildfire on Antelope Island. Reports vary saying that the fire affected between 300 and 7,000 acres.

I took a few pictures. Please note, that the fire was probably about ten miles from my house, and I took these at night, without my tripod, so there are motion artifacts in all of them. I used different settings on my camera to try to best capture the fire. 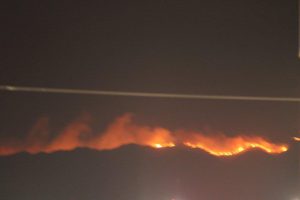 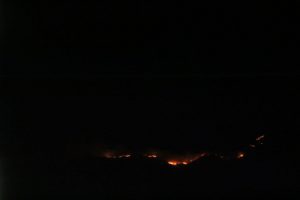 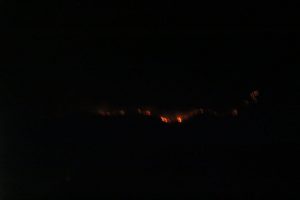 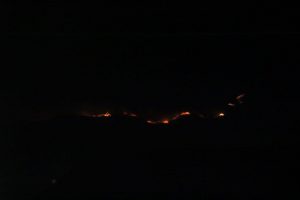 Antelope Island isn’t populated as far as I know, but there are large herds of antelope and bison there, as well as other animals.